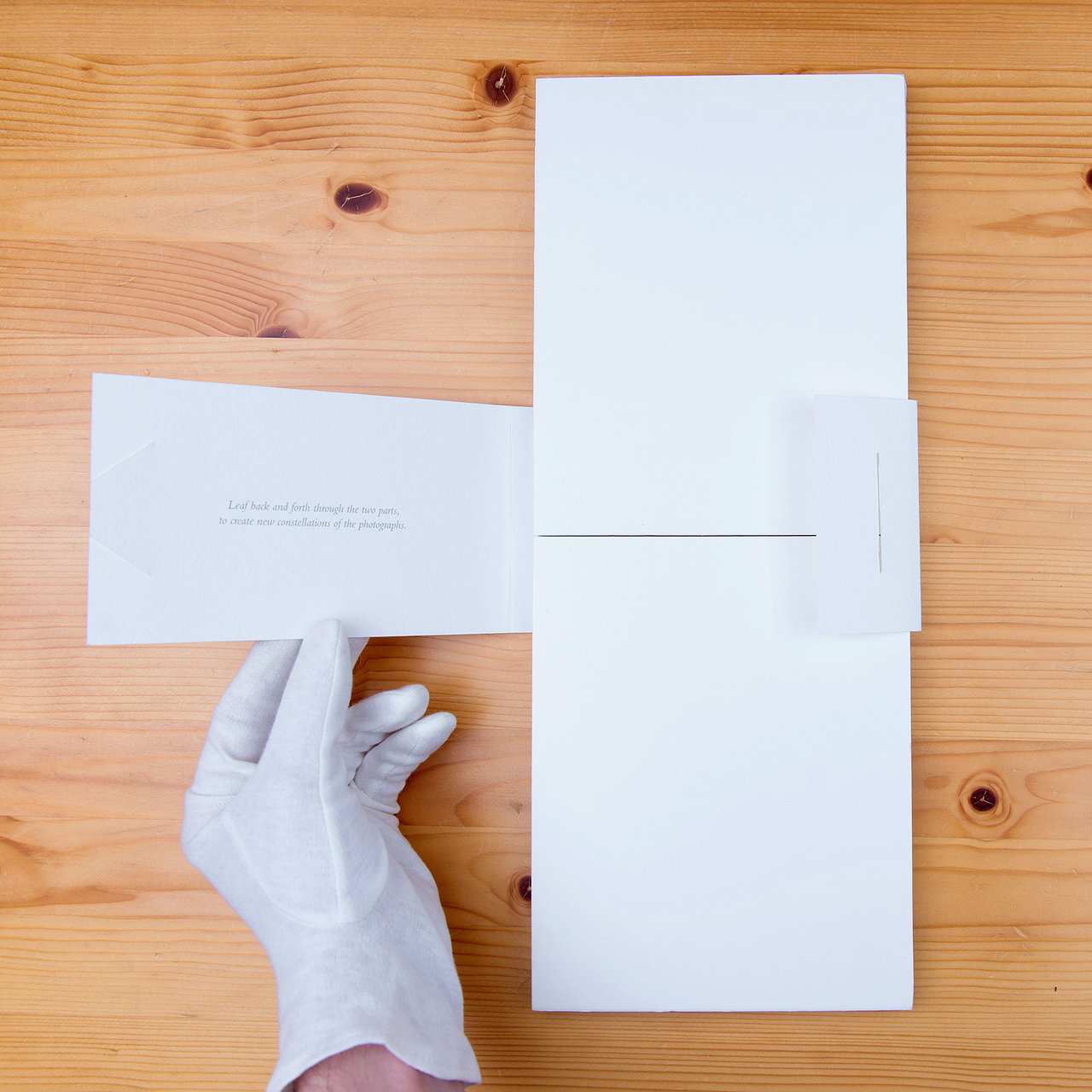 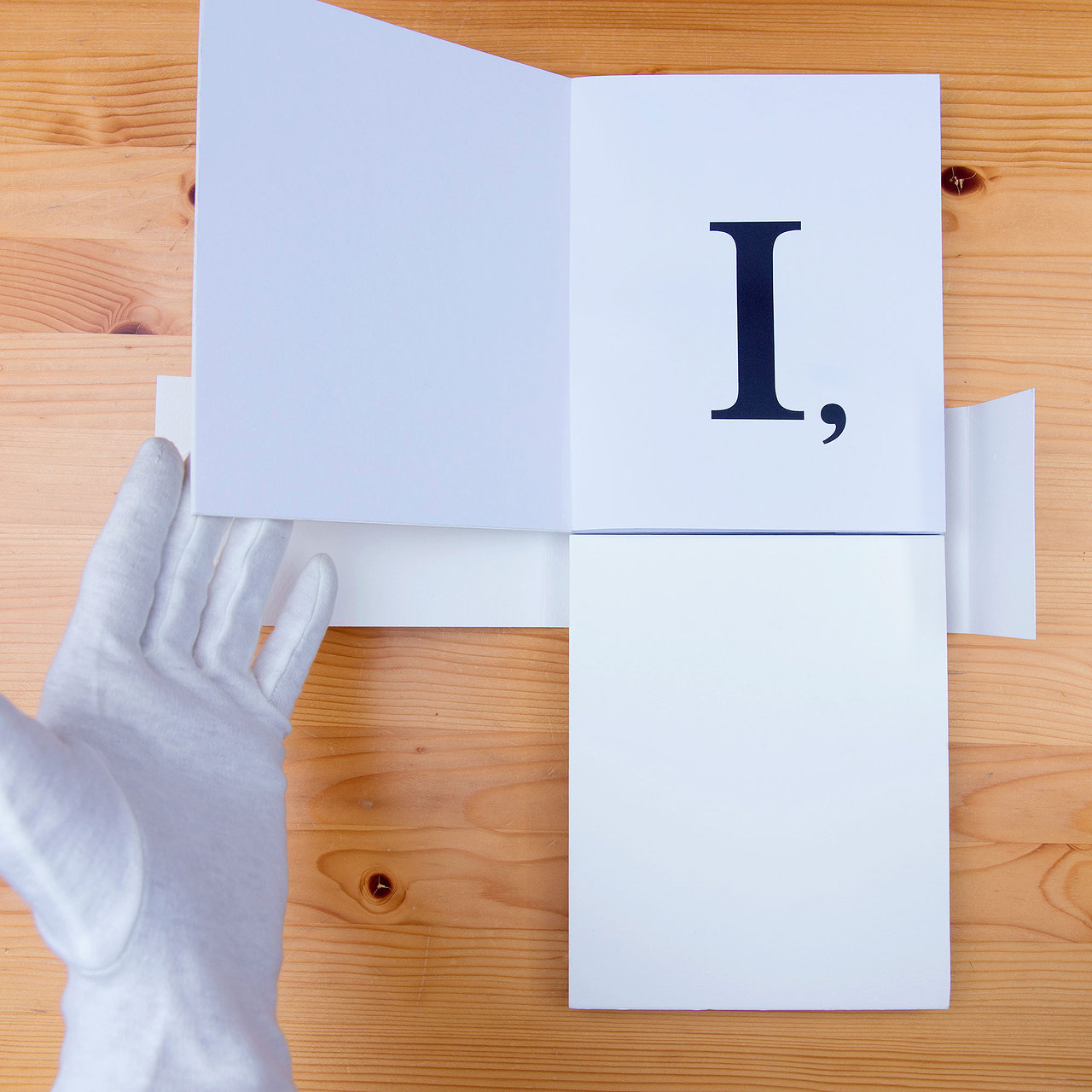 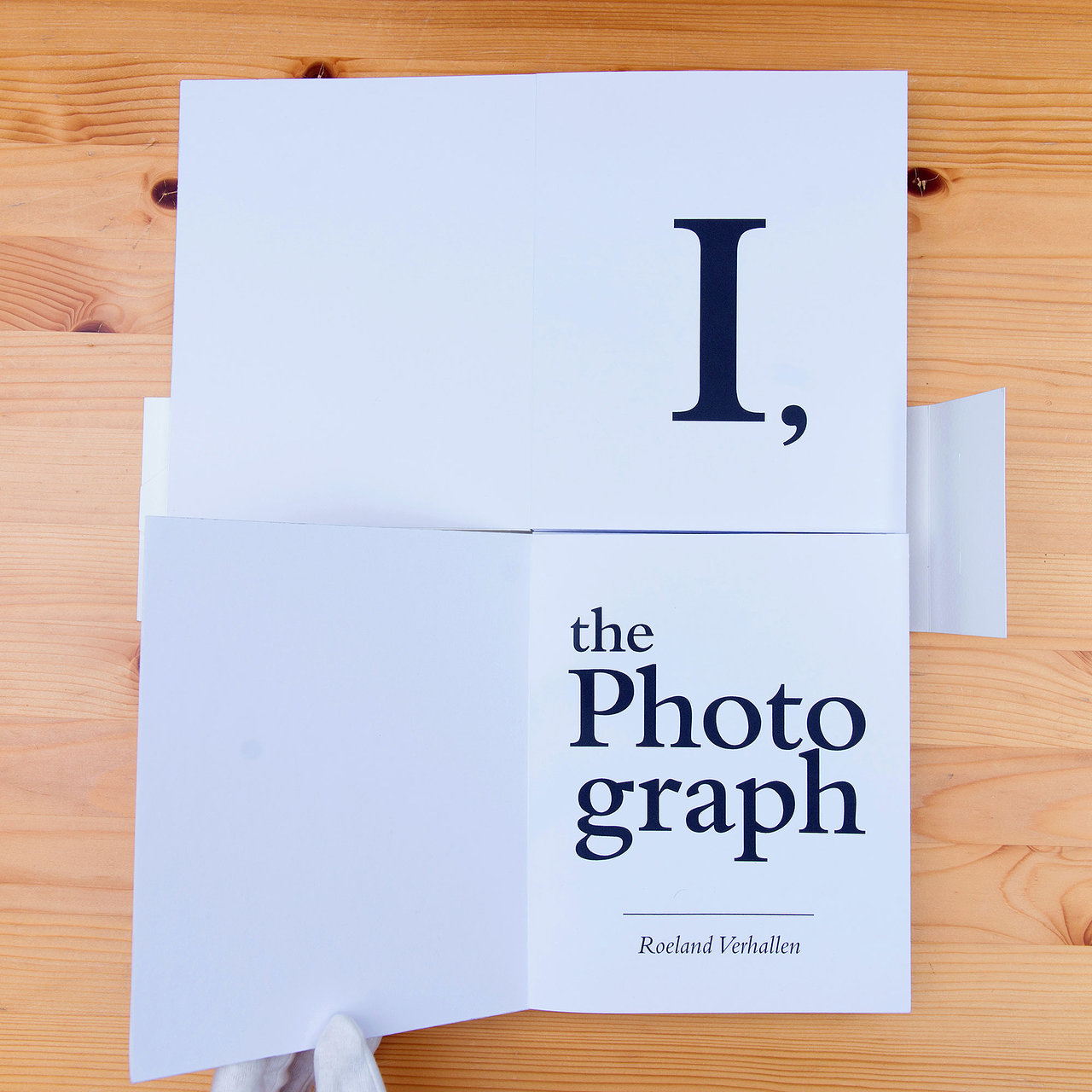 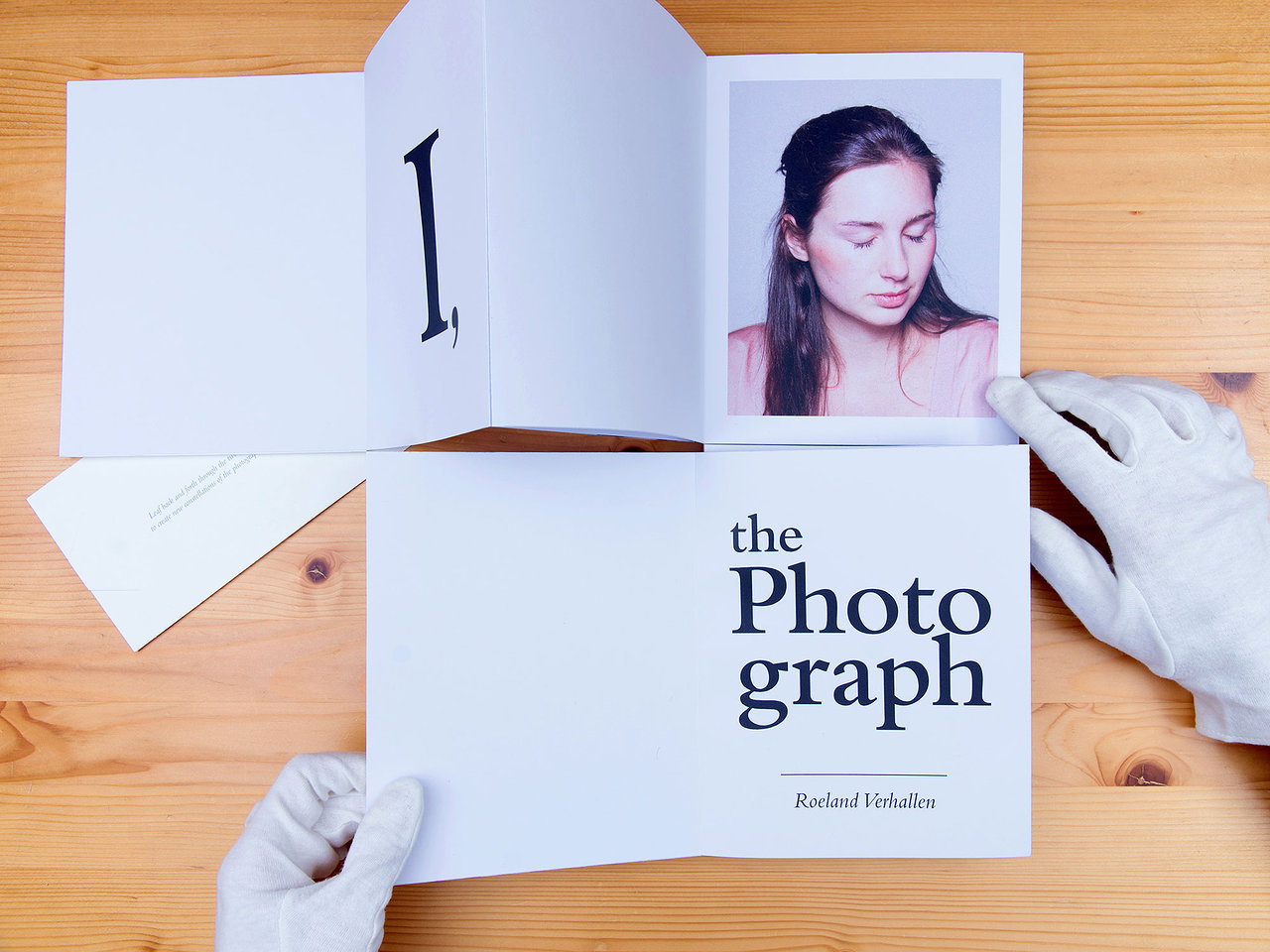 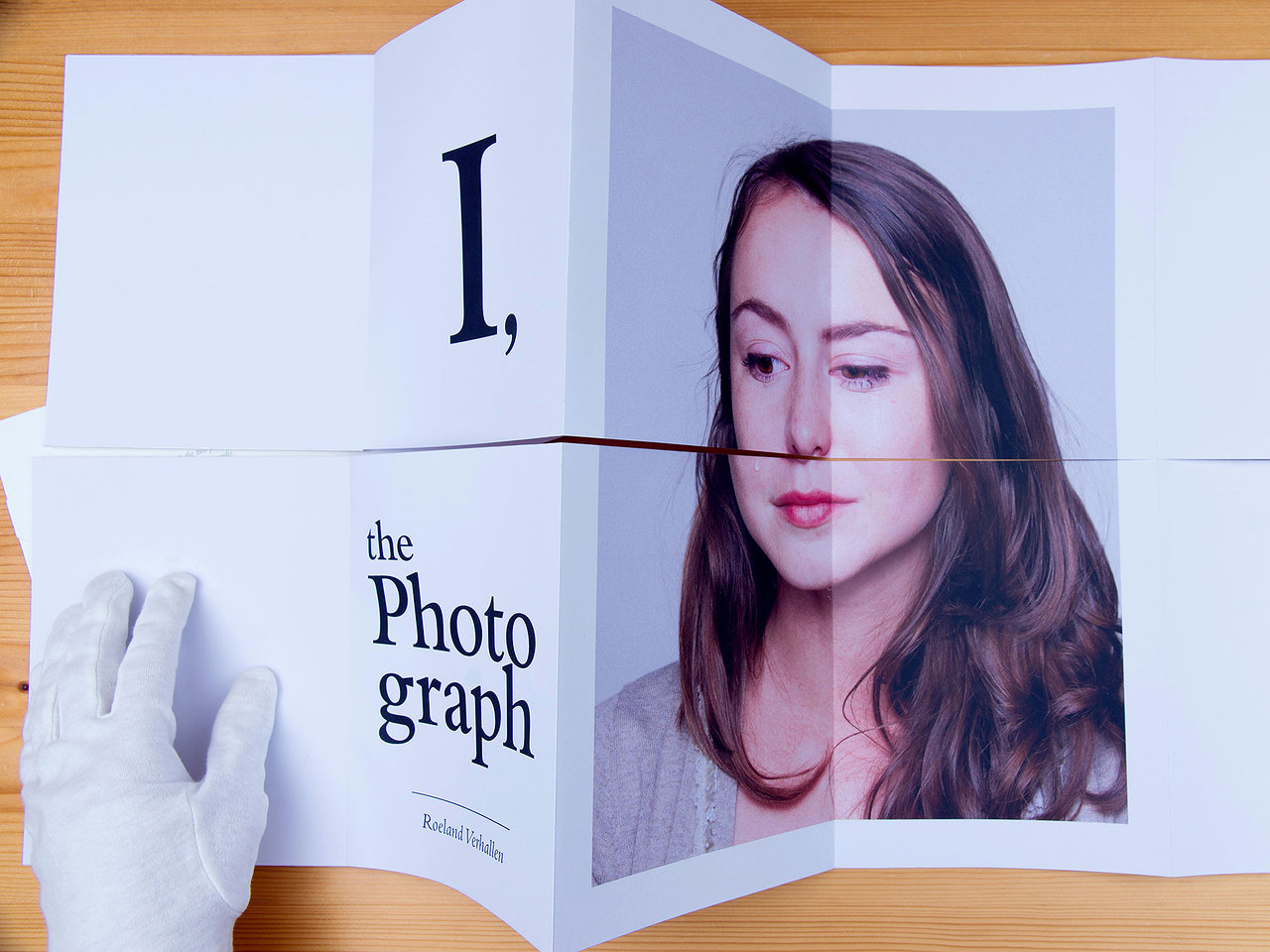 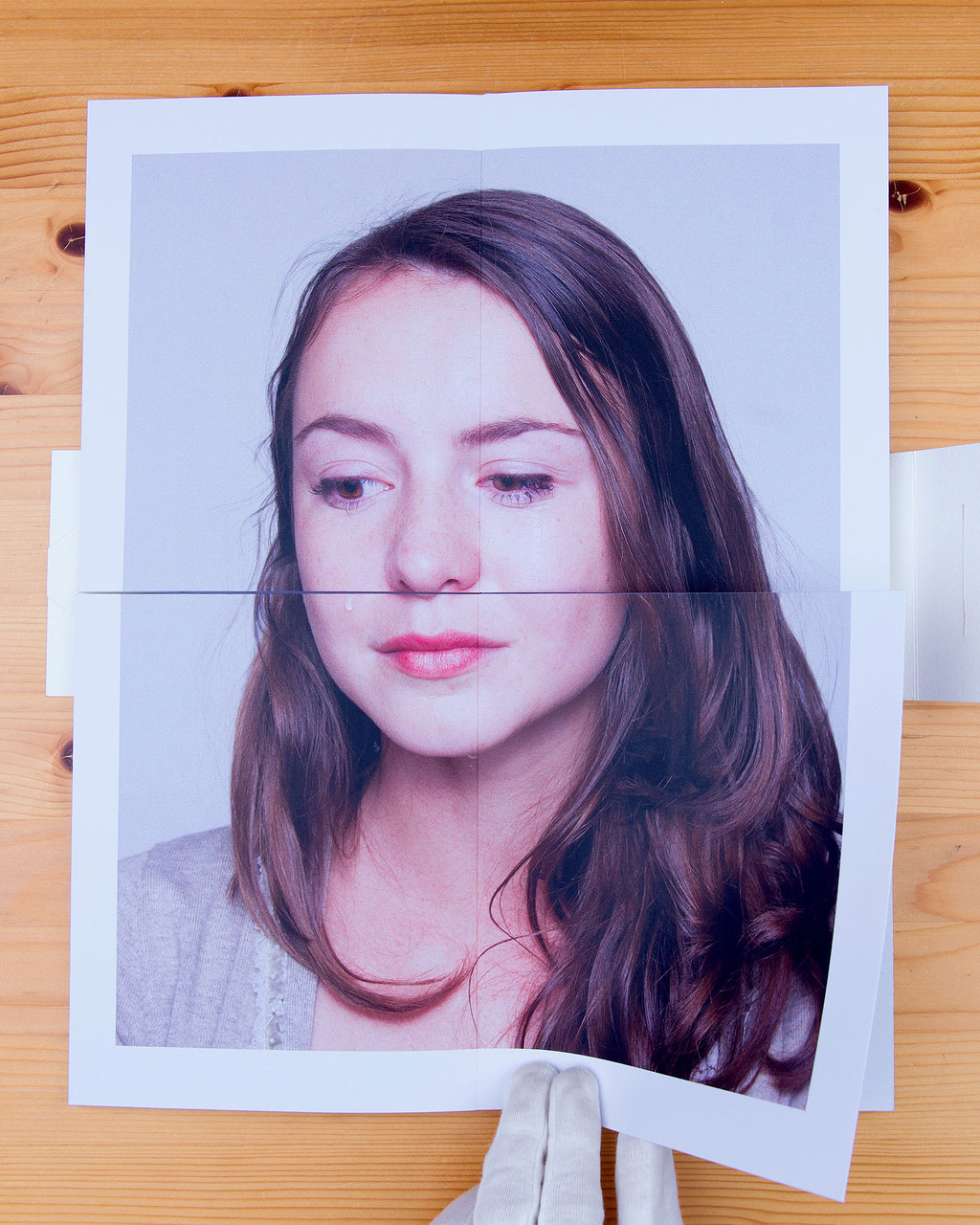 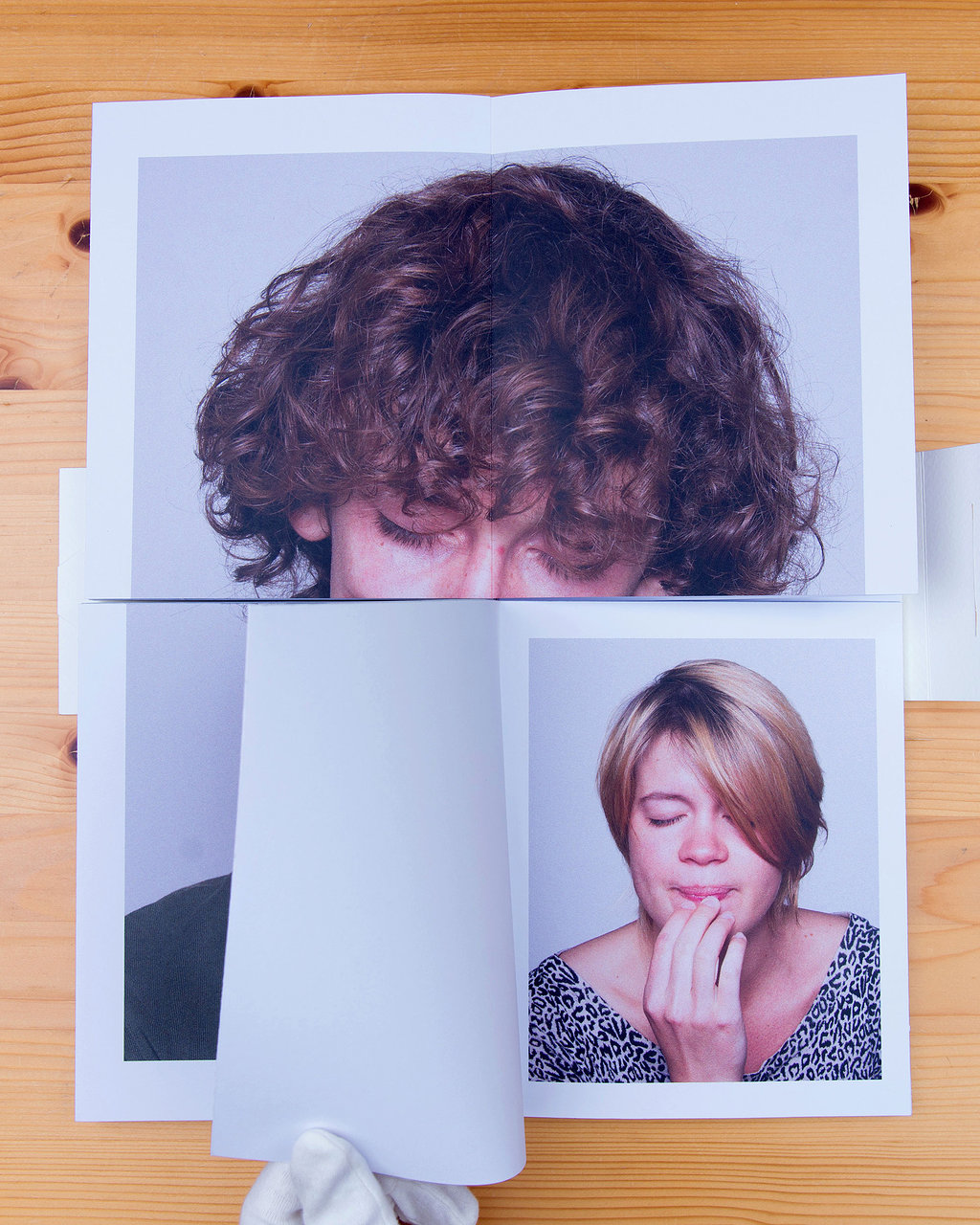 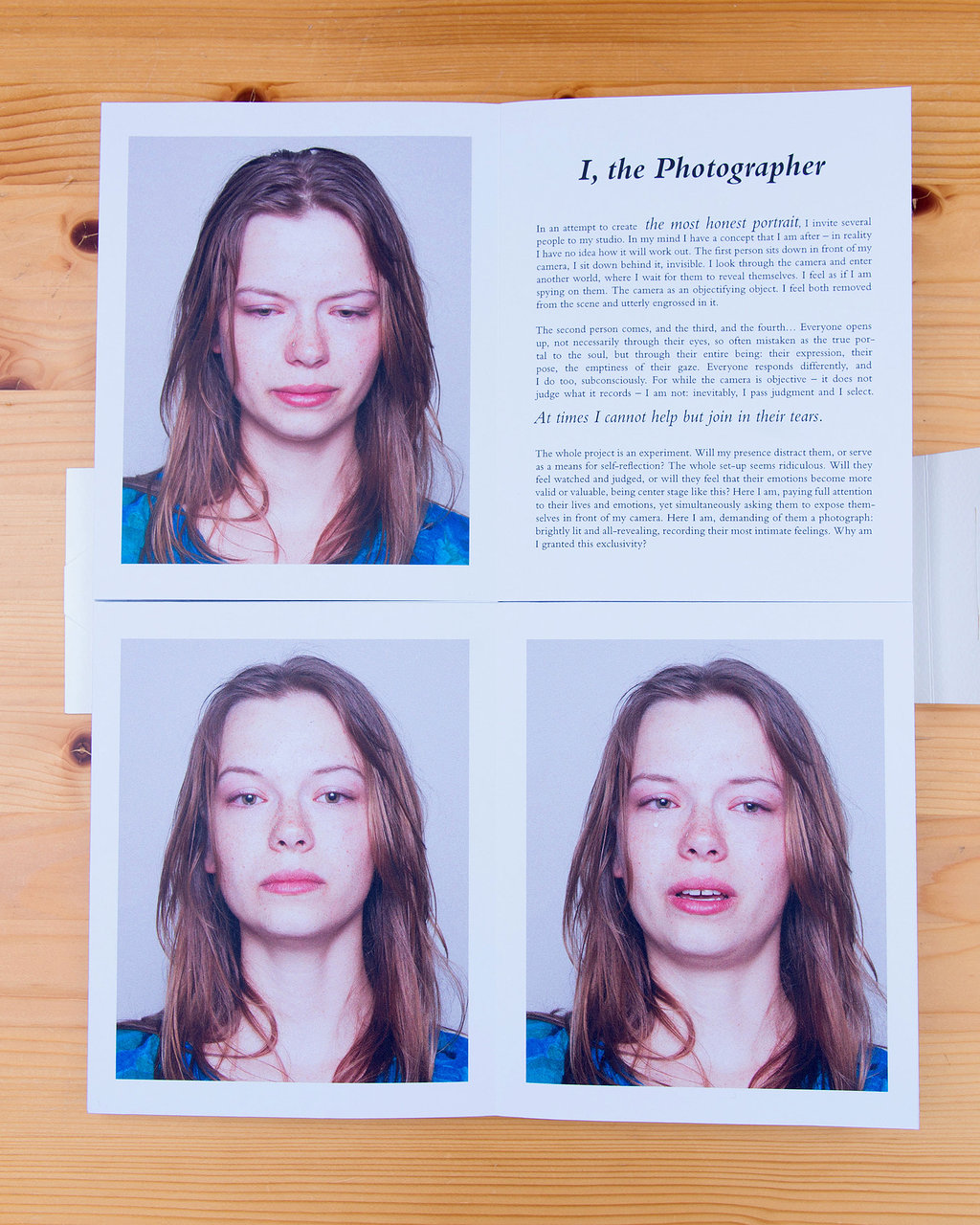 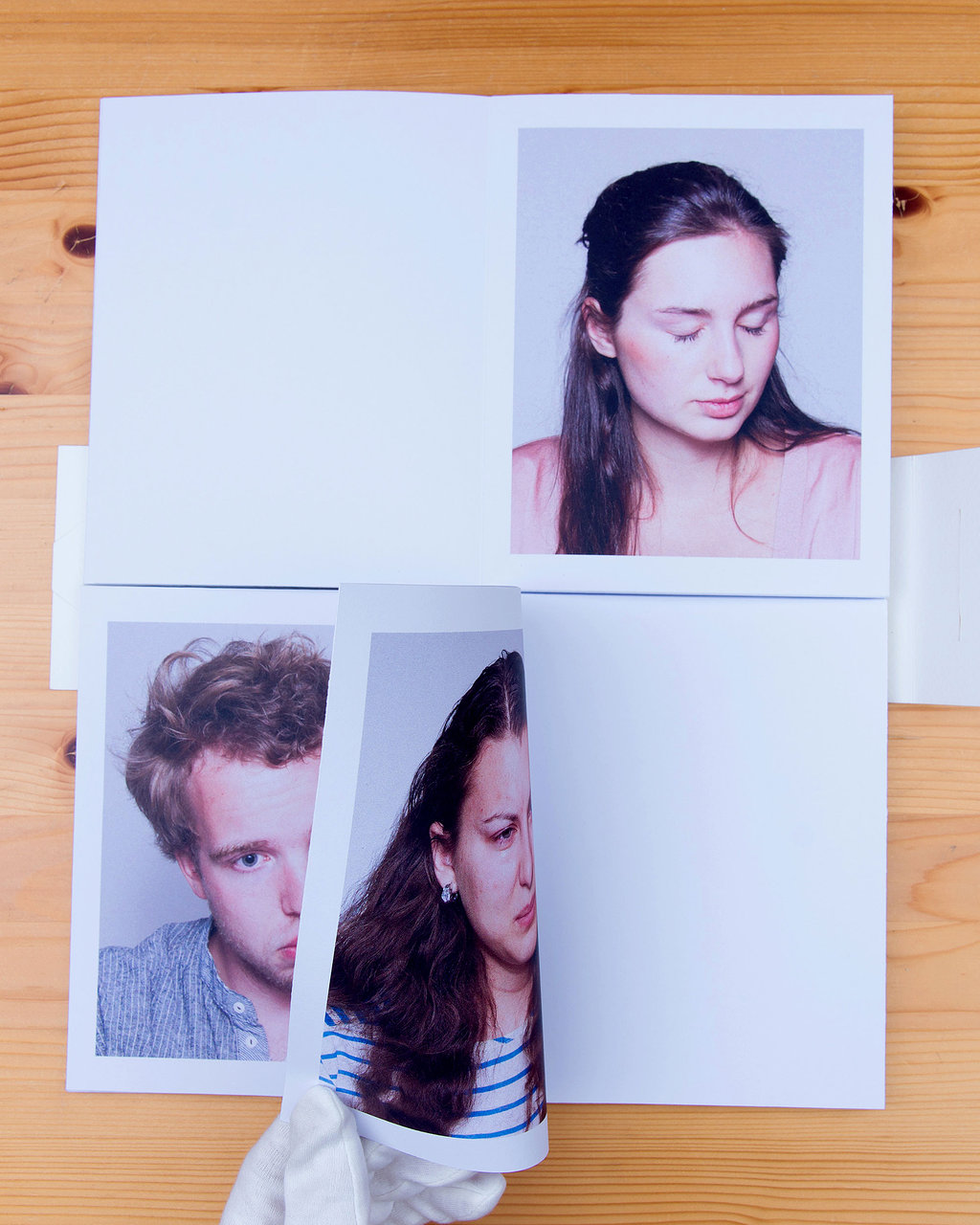 This book, of the series ‘I, the Photograph’ (2013–2014) is constructed out of a double leporello: two parts, each measuring almost five metres in length, rilled and folded down to a book of 16×40 cm. This application of the leporello technique to two independent parts allows the viewer to leaf through both parts independently, thereby creating new combinations of the photographs and introducing flux and chaos in the otherwise minimal images. Simultaneously, the leporello allows the viewer to see the entire content at once, by pulling out the book to its full length. The two parts are glued onto a single piece of white cardboard (the back cover), and are thus held together; each part has its own front cover of white cardboard. When closed, the book is prevented from falling open by a small paper band that is folded around the book, on which are printed the title and author. Made in 2016.

Photographs and text printed digitally; paper rilled and folded by hand; cover made from acid-free museum cardboard; coverslip printed digitally and cut to size.
NOT YET PUBLISHED; 1 AP (16×40 cm; viz. two parts of each 16×20 cm) 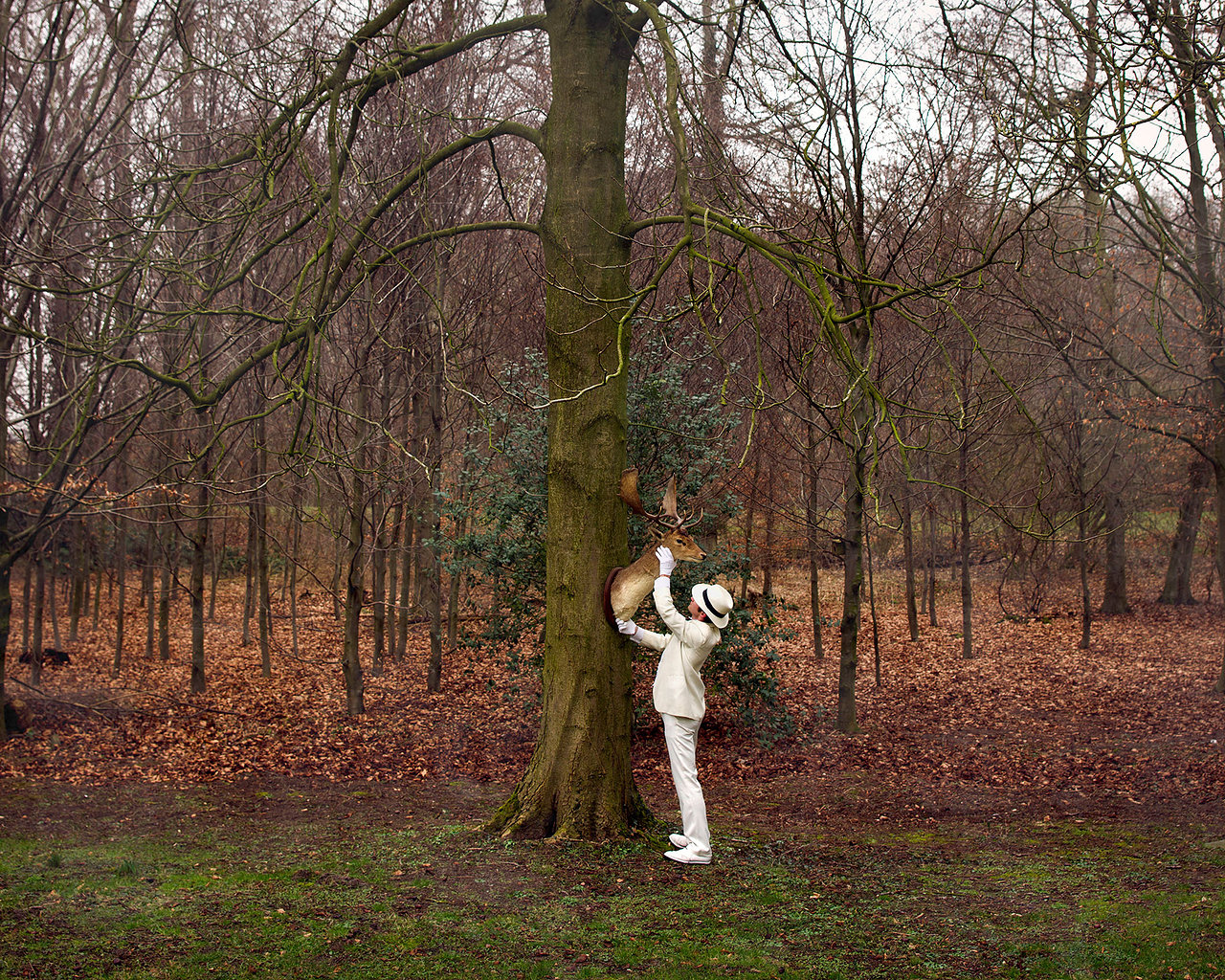